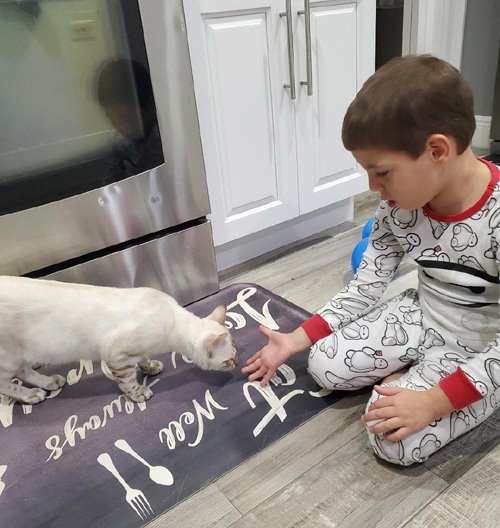 Josh and his Kitten

A Mom Shares Her Story..

One of the most frequent questions I get asked by people considering a new Bengal is "Are they hypoallergenic?"

I've researched, and found many opinions that say yes, but I've not found any actual studies to prove that Bengal cats are indeed hypoallergenic. I have spoken with many people over the years who tell me that although they have shown allergic reactions to other cats, they are fine around Bengals. Definitely a less common conversation, but I've also heard from some people that are looking to rehome their Bengal cat due to allergic response.

So, this post is not to make the argument for or against, but to share another viewpoint on the topic of cat allergies from the experience of one woman and one child, because it shows there's more that needs to be looked into when determining allergic reaction. The cause may not always be the most obvious one.

Thank you to my wonderful kitty Mom, Martha, for her determination and love for people and animals, and for wanting to share her story and save others from the sadness she would have otherwise endured. Here's a happy ending story, which by the way, does support the belief that Bengal cats do tend to be well tolerated by dander sensitive people.

I wanted to share my story with you in hopes that you could pass it on and save some families the heartache of returning or rehoming their kitty.

The day after I brought Simba home my 4 year old son Josh woke up with eyes swollen and a runny nose. Since he hadn't had any contact with the kitten, we thought there was no way it could be cat related. We gave Josh Zyrtec and Benadryl but his symptoms wouldn't improve. After a few days with his symptoms getting worse, we took him to the Dr. The Dr suggested we have a family member watch the cat for a week and see if Josh would get better, but i really didn't have anyone that i could trust with a kitty that was still nervous and adjusting to his new home. Josh's symptoms seemed to be better than others at times and then he started coughing. The cough was so bad that he couldn't catch his breath. I took him to the ER and they told us it was viral. Fast forward a week later we finally got an appointment with an allergist. Tests showed Josh was allergic to cat dander and dust mites and the allergist said our only solution was to give the cat away...that's when i called you to discuss giving him up and I was so heartbroken that we would have to return him. The next morning I had a "last resort" type of idea, and with the support of Josh's wonderful pediatrician, I went to the pet store and bought Worlds Best Cat Litter which is a corn based litter. I needed to be 1000% positive the issue was the kitten and not something else. I had read that clay litters attract dust mites and could cause upper respiratory complications. ONE day after i changed the litter Josh's eyes were no longer itching and the cough had gotten better!! A week later he was 100% back to normal and now he sleeps with the cat in his bed and has no allergic reaction at all!
I can't put into words how happy i am that my little boy is doing great and we got to keep the best kitty in the world:-)
Every day that i see Simba, i think of how he probably would have been with another family right now had i listened to the allergy doctor before working on a solution. 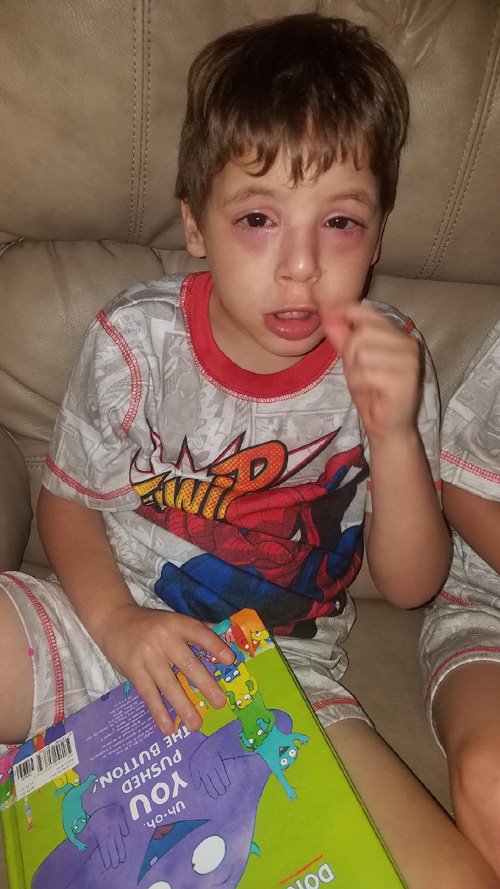 Above: Josh at the allergy doctor testing positive to cat dander and dust mites. 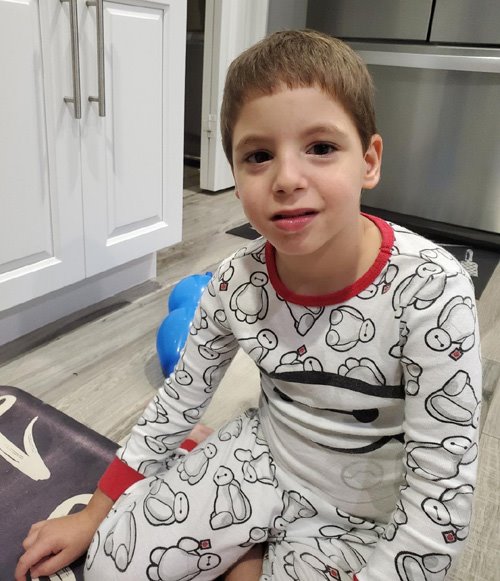 Above: Josh today... I'm so glad you're sharing our story. Josh is doing great and has been from the moment the clay litter was out of the house."